The expectations are gigantic, the stakes are high: quantum physics is reaching the reality of life. When quantum technologies come into use, the possibilities are hardly foreseeable yet, so enormous is the potential. The question is: When and how will quantum technologies come into use? The Fraunhofer-Gesellschaft is on the trail of the answers in countless projects and initiatives. In May 2021, the industry association Bitkom will host the first Quantum Summit. And, of course, Fraunhofer will be there.

The industry association Bitkom is hosting the first "Quantum Summit" on May 26 and 27, 2021. There, important players from the provider and user side, with researchers, startups, politics and administration as well as international guests will exchange ideas. The Summit will provide an overview and introduction to quantum technologies and show how today's decisions - political, economic and technological - are shaping the future in Europe and the world.

The Fraunhofer-Gesellschaft is participating as a premium partner of the event. 13 speakers from seven institutes, the Fraunhofer Academy and the Fraunhofer headquarters will be enriching the program with presentations, in discussion rounds and workshops.

The Bitkom Quantum Summit 2021 will take place virtually on May 25 and 26, 2021. Participation is free of charge. You can register at this link: www.quantum-summit.com/tickets

You want to get started with a quantum computer?

This year’s topic is “Quantum Technologies” and it will be held from November 23–25, 2021 in Berlin, Germany.

To the conference page

In our study "Quantum Machine Learning", we give an insight into quantum computing, explain which physical effects play a role and how they are used to accelerate machine learning methods.

Expand all Close all

Incredibly fast and only the beginning

The future is now

Welcome to the world of quantum, where nothing seems logical, but everything seems possible. This is where the journey into a new age begins for us, where quantum technologies help us to better understand and organize the world. Fraunhofer is bringing them into application.

To the web special 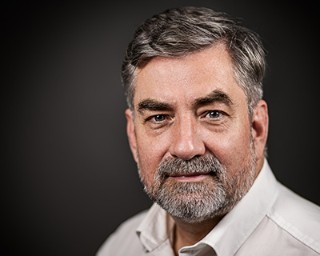